Assessing Risk and Social Vulnerability in Environmental Hazards Context
The relevance and connections of the research to a wider academic context
In Senegal, every year an increasing number of people[1] suffer from water-related hazards (coastal erosion and floods). Related risks are insufficiently studied, because they are complex and intertwined. They indeed jeopardize survival in these habitats that grapple with many other problems.
This is the context that triggered my desire to develop a wide research which attempts to analysis the Risk and Social Vulnerability in Environmental Hazards Context. In effect, the question is insufficiently studied in Africa and in . In addition to the technical dimension, there is also a need for an in-depth analysis of concepts in use. Given that vulnerability feeds on poverty, the other concepts, to be dealt with, interact with risk, survival techniques and the search of sustainable solution.
The dilemma of floods, in rainy season, is a disaster affecting more and more localities[2], year after year. Indeed, populations are displaced and losses are huge and difficult to assess, leading to some vulnerabilities. When disasters taking the form of floods are experienced regularly, they end up pushing populations, generally very poor, in a kind of vicious circle that further exacerbates their problems, leaving them in a situation of chronicle poverty. 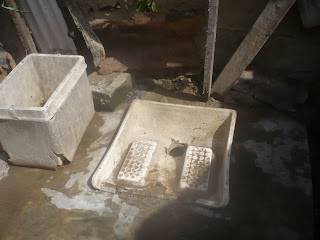